your garden in january

If you were away in December, you have probably returned to a jungle, rather than a garden. The first thing to do is to clean up the garden, cut exuberant growth back where necessary, and weed lawns and flowerbeds. Our rainfall in December is often great – hence the strong, lush foliage we see all around us. Of course, too much water tends to leach the soil of its nutrients – therefore feeding is as important as ever.

Groundcovers tend to have run out of control and often smother their neighbours if given half a chance. Periwinkle (Vinca Major), common Lamium and lamb’s ears (Stachys) will spread at an alarming rate and need to be checked regularly.

By mid-January the taller Begonias such as ‘Dragon Wings’ and ‘Nonstop’ tend to get leggy and top-heavy. Rectifythis by cutting them back slightly and feed with any good foliar product. Within a couple of weeks they will be covered with flowers again.

Self-sown Primula seedlings are now well advanced and should be pricked out into trays or thinned out in situ. The same applies to forget-me-nots. Beware of slugs and cutworm in these areas.

Spring-flowering shrubs (i.e. September, October and November) should have been cut back and shaped after flowering. If this was forgotten at the time, do so without delay, or you will seriously damage next spring’s flowering. Philadeiphus, Machaya bella and Brunsfelsia all fall into this bracket, as well as smaller species such as Spiraea arguta, and the different forms of Deutzias.

Acanthus mollis plants are now looking awful, with dead flower spikes and tatty leaves. Cut the flowers to ground level but pull and snap off the leaves – also at ground level. Apply a good dressing of old manure and water liberally. New shoots will soon develop.

Watsonia leaves are starting to die back. When they become too hideous, cut them down to the ground and mulch well.

This is the time to transplant or divide Watsonias, angels’ fishing rods (Diarama), winter flowering red-hot pokers (Kniphofia) as well as the Cape white arums (Zantedeschia). These may sulk a little after transplanting but if the soil is well composted, they should soon pick up again. Water well if it does not rain. 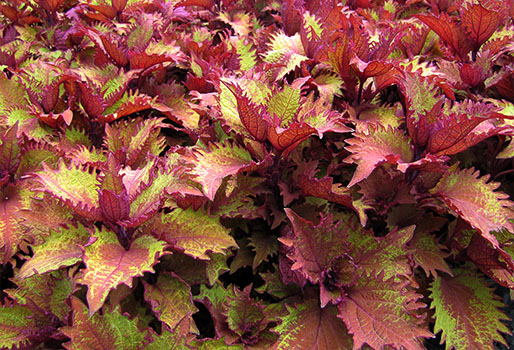 There is still time to put in new plants of the lovely bearded irises and to divide up old clumps Remember to add some lime to the soil when replanting. Do not plant Irises too deeply.

If Camellias are to flower well, they should be given a deep mulch of acid compost, a light dressing of 2:3:2 and watered regularly from now on. If the leaves are yellow, give a treatment of iron chelat with a dressing of magnesium sulphate (Epsom salts) at the same time. It is important that thes two are applied simultaneously.

The same applies to all your acid loving plants showing signs of chlorosis, with yellowing foliage. Water them with a solution of iron chelate and repeat a couple of weeks later. But make sure you diagnosis is correct – sometimes a magnesium deficiency will give similar symptoms. If this is the problem, a dose of magnesium sulphate (Epsom salts) will do the trick. For a metre high shrub, scatter 2 Tablespoons of magnesium sulphate on the soil around the shrub and water in well immediately (unrefined magnesium sulphate from the hardware store is what you need – not the refined product from a pharmacy!).

Weeds are growing this month as enthusiastically as your precious plants. Keep a sharp lookou for bugweed (Solanum Mauritianum), the strangle vine or milkweed (Araulia sericifera) with its pretty white flowers, and dodder (Cuscuta capestris) which spreads as quickly as wildfire. Also growin rapidly will be seedlings of privet, Celtis, mulberry – birds eat the berries of these trees and pass them on to our gardens via their droppings. 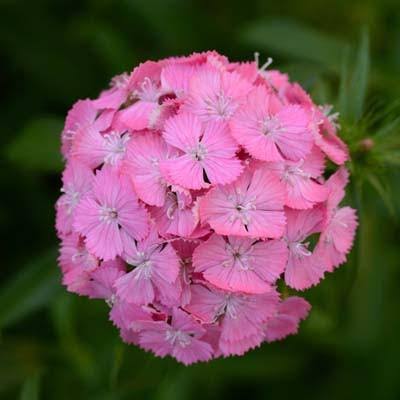 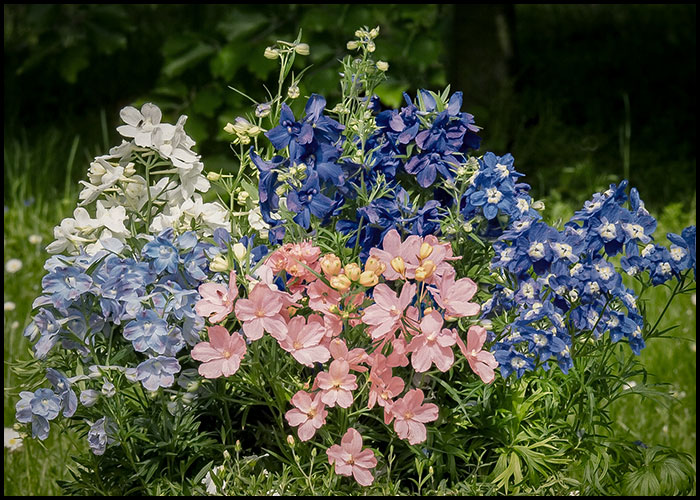 By the middle of January, a number of perennials such as michaelmas daisies, shasta daisies, yarrow and so on, will have finished flowering. Remove the dead stems immediately to encourage a second crop of flowers. These will not be as large as the first crop but they will be colourful.

Bedding plants such as Dianthus should also be dead-headed and fed regularly. They will flower again several times, if properly tended. Check your Dianthus and snapdragons for rust.

Zinnias and marigolds should also be dead-headed as they may be looking tatty after the rains.
Also, look out for the two-spotted maize beetle which can do extensive damage to their flowers.

During this month our Hydrangeas will come to the end of their flowering season. Some heads will turn a delightful greeny-pink shade – others will just go brown. If the latter have been borne on very old wood, cut the stem right down to ground level, using a sharp, thin saw. This will make way for new base shoots to emerge. Feed the whole plant with a dressing of old manure. Thin out younger wood lightly to prevent overcrowding.

Agapanthus too, are coming to the end of their flowering time. Clumps that need dividing should be attended to right away, but do not divide into single plants – a small clump of two or three will look far better in a flowerbed and has a greater chance of producing flowers next season.

Dahlias should be in full bloom now. Keep them well staked and tied and do not allow bushes to become too heavy. Feed and water regularly for strong stems and good blooms. Snails love Dahlias! Watch out for powdery mildew. When picking flowers, cut well back to new buds.

Spent Lilium heads (‘Casa Blancas‘, ‘Longiflorums‘, ‘Stargazers‘ etc.) can be cut from the stem provided you do not want to collect seed. But do not cut these stems too low – 45-60cm is quite low enough – the plant needs the foliage to make next year’s flowers. Do not remove the old stem until it is brown and comes away on its own – probably not until next spring. Mulch the whole plant with old compost or well-rotted manure.

Delphiniums should be cut down and mulched. Beware of slugs.

Other summer-flowering bulbs also need to be fed with compost or manure – Amaryllis, tuberoses, Crinums etc. Again, watch out for evil caterpillars!

Lavender is ready to be harvested right now. Remember that this shrub likes to be cut back “little and often” never cutting into old wood or allowing the bush to get woody. Rosemary likes to be treated in the same way. Incidentally, aphids cannot stand lavender or thyme – they will not go near it!

After all the December rains, lawns will probably need a good haircut, followed by a good feed. A fertiliser which is high in nitrogen e.g. 5:1:5 or perhaps ‘Blade Runner’ which is the lawn equivalent of ‘Bounce Back’ works well on ‘Kikuyu‘ lawns. Water in well after application.
Lawns, such as ‘All Seasons Evergreen‘, ‘Shade-Over‘, ‘LM‘ and ‘Buffalo‘ should never be cut low and they prefer to be fed with 5:15

It is a good time now for Geranium cuttings. Cut cleanly and straight across just below a join leaving a shoot of 8 – 10cm long. Remove leaf-scales, lower leaves and flower buds and insert around edge of a pot of sandy soil. Water well and leave until they really need watering again. They will look miserable for a few days but will root easily at this time.